You are here: Home » Norm Parkin 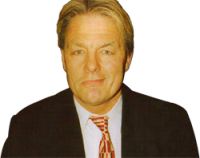 Norm started his playing career with Leeds United in England and then with Chesterfield where he played along side Neil Warnock, formerly Crystal Palace, Leeds and QPR manager.

Norm also played in Australia for Pan Hellenic and in Malta for Sliema Wanderers where he played in the European Cup against Eintracht Frackfurt and swapped shirts with the infamous German legend, Jurgen Grabowski.

He also played in America for the Houston Dynamos and then started his coaching career.

He also worked for the well known B.B.C. (British Broadcasting Corporation) as a football commentator on various games and player and manager interviews.

The last twelve years or so he has been coaching in the Philippines a few times a year and when Mr. Mari Martinez, became the Philippine Football Federation President, Norm became involved with analysing certain National teams games (men’s and women’s teams) and then later became an official agent for the national team for overseas players.

In 2008, Norm was asked to be the Head Coach of Philippine United FC and had instant success getting promotions the very first year, boasting a 100% home record of nineteen straight wins (in league and cup). Also, in the second season, they won the Asian Cup and then left half way through the season due to lack of funds.

Up to date, Norm has been asked by the club founder, Leo Jensen, to be Head Coach again for the new Philippine United team in Manchester with his same assistant coach, Steve Conroy. Also, he is currently writing a book which included interviews with big legends he played alongside and against in his career in the 70’s. The proceeds from that book will go to the victims of the typhoon in the Philippines.